Imagine you want to monitor changes in plant diversity, to see whether diversity is increasing or decreasing over time. What spatial scale would you study?

Would you search for changes at the global scale, or at continental, regional or local scales? More importantly, would you expect to see the same trend or different trends if you examined changes at many scales?

At the global scale, biological diversity on Planet Earth is on the skids. Thousands of species face extinction and over a thousand hectares of forest are cleared every hour. Species diversity is falling because species are going extinct faster than new species can evolve. And we’re causing it.

At the continental scale, we see the opposite pattern. In Australia and other continents, total plant diversity is increasing rather than decreasing, because we’ve introduced more species than we’ve made extinct. There are over 19,000 species of vascular plants in Australia. Since European colonization, over 60 species have gone extinct and nearly 1,200 species are now threatened with extinction. In the same period, about 2,000 species have been introduced from elsewhere in the world and are now naturalized. These naturalized species can reproduce in the wild without human assistance, and are now part of the Australian flora.

The same pattern usually occurs at the regional scale. In every region of Australia, the total number of plant species has increased in recent centuries and decades because more species have been introduced than have gone extinct. We may not want these exotic species but we can’t ignore them, as all plants influence how ecosystems function, not just native species.

Within anthropogenic environments, such as parking lots, housing developments and agricultural fields, diversity of species… has clearly decreased dramatically from conditions before human disturbance. Within local systems that are more or less intact, however, net changes in diversity are not as well understood. Although ‘intact’ local systems are perhaps the most studied of all ecological systems, ironically it is at these small scales that we have the poorest conception of how diversity has changed. (Sax & Gaines 2003, p. 563)

It’s important to understand how plant diversity is changing at small scales, as the diversity and composition of plants in small areas affects processes like nutrient cycling and biomass production. If diversity changes greatly at small scales, then ecosystem processes could also change.

Plant ecologists often survey vegetation at small scales, in quadrats or plots. Imagine that someone sampled thousands of quadrats 50 or more years ago and the quadrats were all re-surveyed recently. Do you think that species diversity at the quadrat scale would have consistently increased or decreased over the 50 year period? Remember to include exotic species when you think about the question. When averaged across all of the quadrats, would species richness have risen, fallen or stayed constant over the last 50 years or so?

Now broaden your horizons and imagine that thousands of quadrats were surveyed across the planet. When averaged across all of the quadrats, would species richness have risen, fallen or stayed constant over time? Is there a global trend in changes in species diversity when measured at the small, quadrat scale?

Fortunately a new paper answers this question for us. An international team led by Mark Vellend documented changes in plant diversity at the quadrat scale by analyzing studies from across the globe. Using meta-analyses, they studied every available paper that reported changes in plant diversity or richness in re-surveyed plots. The median plot size was 44 m2 (e.g. a rectangular quadrat, 4 m x 11 m in size) and most analyzed plots were less than 1,000 m2 (about 30 x 30 m square). The studies ranged from 5 years to over 100 years in duration, and included areas disturbed by humans, such as urban areas and grazed pastures, and natural areas disturbed by hurricanes, fires and other processes. In total, their analysis was based on 148 papers containing 346 data-sets and over 16,000 plots. That’s a whopping big data-set.

Their first, big question was: has species richness and diversity (they analyzed both attributes) at the quadrat scale increased or decreased over time? They then divided the data into groups to see whether patterns varied across continents and vegetation types, and how disturbance, pollution and other processes influenced changes in diversity. What do you think they found?

The take-home message may or may not surprise you. Contrary to patterns at global, continental and regional scales, plant diversity has not consistently increased or decreased over time at the quadrat scale. Species richness increased in some studies and declined in others. These changes balanced out, and the net effect was no change in species richness (or diversity and evenness) across the 16,000 plots.

This pattern occurred in all habitat types (forests, grasslands, wetlands, etc.) and across most continents, as can be seen in the chart below. Plant diversity is declining at the global scale, increasing at continental and regional scales, but remaining stable at the quadrat scale.

Consistent with intuition, marked increases in species richness over time were found in studies in which authors attributed vegetation change to succession following major disturbances such as fire, severe storms, or logging… and to a lesser extent, to the cessation of grazing.

By contrast, declines in species richness were often attributed to invasive species and, to a smaller extent, to climate change. Surprisingly, no other processes consistently caused species richness to decline.

The finding about invasive species needs to be interpreted carefully. Some invasive species – the ‘transformative species’ – can reduce plant diversity by altering ecosystem processes or out-competing existing plants. The big declines in species richness due to ‘invasion’ were caused by transformative exotics. Most exotic species don’t have such big impacts, and exotic invasions often increase species richness in quadrats, as they do across regions and continents. There’s obviously no logical reason why an entire species will go extinct when a single exotic plant colonizes a quadrat.

How do we reconcile the conclusion that plant diversity has remained stable at small scales, with the knowledge that thousands of hectares of forest are cleared for agriculture every day? Surely clearing and cropping reduce plant diversity? In part, this inconsistency reflects biases in the underlying data. Few ecologists study whether plant diversity drops when rainforests are cleared for soybeans as the outcome is blatantly obvious. Consequently, few quadrats from cleared areas were included in the analysis. Vellend’s analysis wasn’t restricted to pristine areas (it includes quadrats in urban areas and pastures) but it doesn’t document changes due to the destruction of natural ecosystems. Instead, it provides the best analysis we have of global trends in small scale diversity, in ecosystems that haven’t been completely transformed by humans.

…in the absence of wholesale habitat conversion (e.g., turning a tropical rainforest into a parking lot or a crop monoculture), local-scale plant diversity has not, on average, declined over the last century… nor do the data suggest any reason to predict the future will be fundamentally different from the past. (Vellend et al. 2013, p. 3)

As the ecologist Chris Thomas states in an interesting commentary article, this global study is extremely valuable because it helps us to more precisely understand how and where plant diversity is changing:

The biodiversity crisis has not gone away, but we definitely need to be considerably more precise in identifying which elements of biodiversity are in decline, where, whether and why such declines are concerning, and what we should and can do about it. (Thomas 2013, p. 2)

So what’s happening in your patch of bush? Is plant diversity increasing or decreasing? Is diversity changing at the patch scale or the plot scale, or both? Which of the two bothers you the most? And which of the two is easiest to fix? 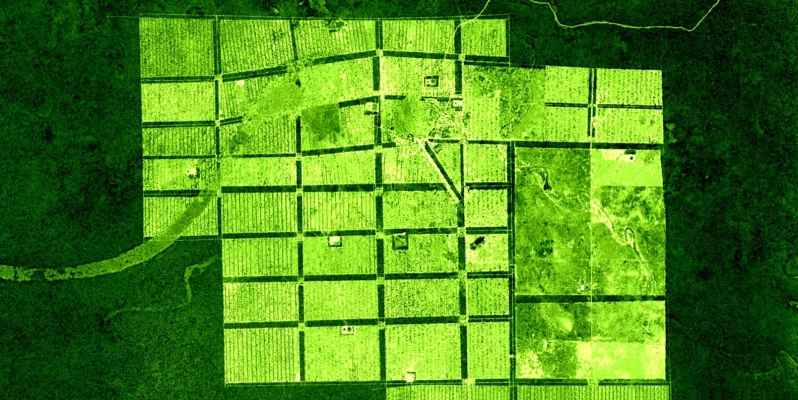 A more recent study in the journal Science, by Maria Dornelas and colleagues, found similar findings to the study by Mark Vellend and colleagues. They analyzed long-term datasets for many species groups (not just plants) and found no evidence of consistent declines in species richness (or diversity) at the plot scale. However, they found that species composition changed greatly over time. They concluded:

The absence of systematic change in temporal α [alpha] diversity we report here is not a cause for complacency, but rather highlights the need to address changes in assemblage composition, which have been widespread over at least the past 40 years…. There is a need to expand the focus of research and planning from biodiversity loss to biodiversity change.

Ecologists use the term ‘species diversity’ and ‘species richness’ to refer to different things at different scales. At small scales, species richness (or species density) refers to the number of species in a defined area regardless of the abundance of each species. If ten species occur in a square meter then species richness is 10 species per square meter, no matter how many plants there are of each species. By contrast, the term species diversity incorporates species richness and the relative abundance (or evenness) of each species. If all ten species are equally abundant then species diversity is greater than if one species is abundant and the other nine are rare. At large scales, the two terms are used inter-changeably to refer to the number of species. Thus, Australia is a ‘mega-diverse’ continent of high plant diversity. I’ve used both terms in this post. The Vellend paper analyzed richness for all plots and diversity and evenness for a subset of plots, and found similar trends for all three.

Many thanks to Susanna Venn for allowing me to copy the photo of quadrat sampling in the Victorian alps from her great blog site.